Rick McIntyre in conversation with George Frazier: THE REIGN OF WOLF 21 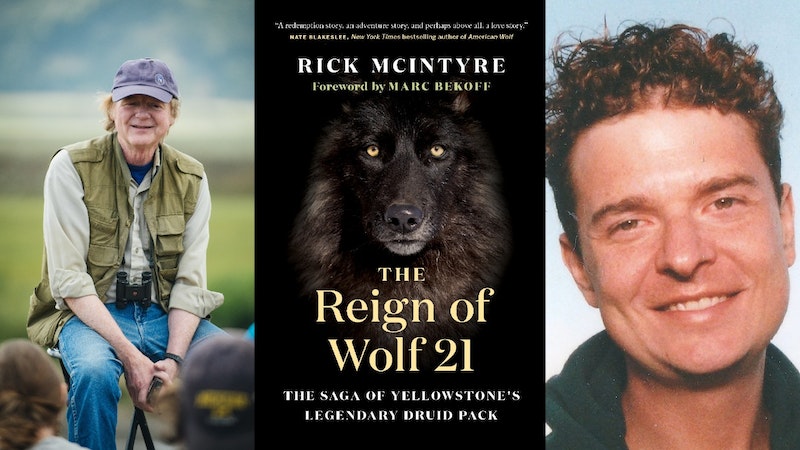 This is the dramatic true story of its remarkable leader, Wolf 21.

In this compelling follow-up to the national bestseller The Rise of Wolf 8, Rick McIntyre profiles one of Yellowstone's most revered alpha males, Wolf 21. Leader of the Druid Peak Pack, Wolf 21 was known for his unwavering bravery, his unusual benevolence (unlike other alphas, he never killed defeated rival males), and his fierce commitment to his mate, the formidable Wolf 42.

Wolf 21 and Wolf 42 were attracted to each other the moment they met--but Wolf 42's jealous sister interfered viciously in their relationship. After an explosive insurrection within the pack, the two wolves came together at last as leaders of the Druid Peak Pack, which dominated the park for more than 10 years.

McIntyre recounts the pack's fascinating saga with compassion and a keen eye for detail, drawing on his many years of experience observing Yellowstone wolves in the wild. His outstanding work of science writing offers unparalleled insight into wolf behavior and Yellowstone's famed wolf reintroduction project. It also offers a love story for the ages.

"Like Thomas McNamee, David Mech, Barry Lopez, and other literary naturalists with an interest in wolf behavior, McIntyre writes with both elegance and flair, making complex biology and ethology a pleasure to read. Fans of wild wolves will eat this one up."
--Kirkus starred review

RICK MCINTYRE has spent more than fifty years watching wolves in America's national parks, twenty-five of those years in Yellowstone, where he has accumulated over 100,000 wolf sightings and educated the public about the park's most famous wolves. He has spoken about the Yellowstone wolves with 60 Minutes, NPR, and CBC, and he is profiled extensively in Nate Blakeslee's American Wolf and in international publications. He lives in Silver Gate, Montana.MARC BEKOFF is professor emeritus of ecology and evolutionary biology at the University of Colorado, Boulder, and co-founder with Jane Goodall of Ethologists for the Ethical Treatment of Animals.

George Frazier, author of THE LAST WILD PLACES OF KANSAS, is a software developer and writer whose work has appeared in such venues as Canoe & Kayak and Wild Earth.

The Reign of Wolf 21: The Saga of Yellowstone's Legendary Druid Pack (Hardcover)