University Press of Kansas and the Raven Present THE MAN OF THE PEOPLE: POLITICAL DISSENT AND THE MAKING OF THE AMERICAN PRESIDENCY 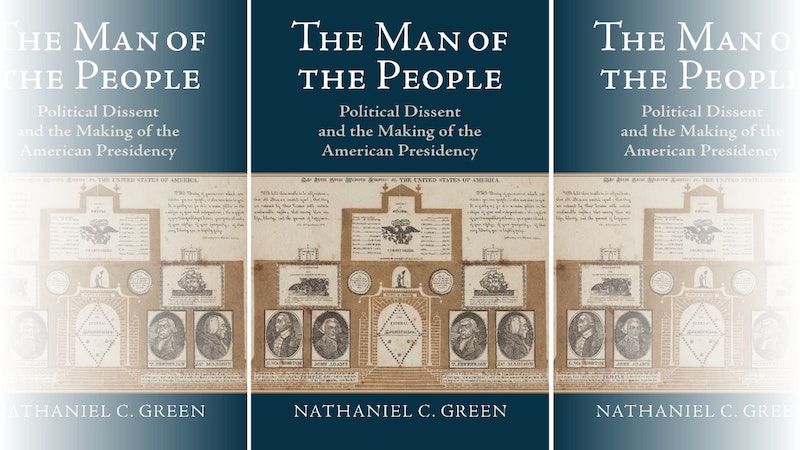 The Raven and the University Press of Kansas present Nathaniel C. Green discussing his new book THE MAN OF THE PEOPLE: POLITICAL DISSENT AND THE MAKING OF THE AMERICAN PRESIDENCY.

Donald Trump’s election has forced the United States to reckon with not only the political power of the presidency, but also how he and his supporters have used the office to advance their shared vision of America: one that is avowedly nationalist, and unrepentantly rooted in nativism and white supremacy. It might be easy to attribute this dark vision, and the presidency’s immense power to reflect and reinforce it, to the singular character of one particular president—but to do so, this book tells us, would be to ignore the critical role the American public played in making the president “the man of the people” in the nation’s earliest decades.

Beginning with the public debate over whether to ratify the Constitution in 1787 and concluding with Andrew Jackson’s own contentious presidency, Nathaniel C. Green traces the origins of our conception of the president as the ultimate American: the exemplar of our collective national values, morals, and “character.” The public divisiveness over the presidency in these earliest years, he contends, forged the office into an incomparable symbol of an emerging American nationalism that cast white Americans as dissenters—lovers of liberty who were willing to mobilize against tyranny in all its forms, from foreign governments to black “enemies” and Indian “savages*#8221;—even as it fomented partisan division that belied the promise of unity the presidency symbolized. With testimony from private letters, diaries, newspapers, and bills, Green documents the shaping of the disturbingly nationalistic vision that has given the presidency its symbolic power.

This argument is about a different time than our own. And yet it shows how this time, so often revered as a mythic “founding era” from which America has precipitously declined, was in fact the birthplace of the president-centered nationalism that still defines the contours of politics to this day. The lessons of The Man of the People contextualize the political turmoil surrounding the presidency today. Never in modern US history have those lessons been more badly needed.

The Man of the People: Political Dissent and the Making of the American Presidency (Hardcover)