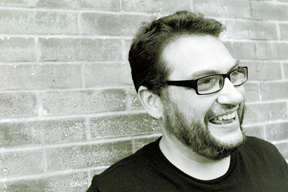 Dennis  Etzel Jr. lives with Carrie and the boys in Topeka, Kansas where he teaches English at Washburn University. His chapbook The Sum of Two Mothers was released by ELJ Publications in 2013, and his work has appeared in Denver Quarterly, Indiana Review, BlazeVOX,  Fact-Simile, 1913: a journal of poetic forms, 3:AM, DIAGRAM, and others. He is a TALK Scholar and Speaker for the Kansas Humanities Council, and volunteers for the YWCA of Topeka and Midland Hospice. Find him at dennisetzeljr.com. 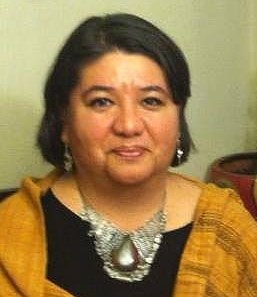 Xánath Caraza teaches at the University of Missouri-Kansas City and presents readings and workshops in Europe, Latin America, and the U.S. Her books Conjuro (Mammoth), poems, and Lo que trae la marea / What the Tide Brings (Mouthfeel), short fiction, have won national and international recognition. In Sept. 2014, Caraza’s second full-length collection of verse, Sílabas de viento / Syllables of Wind, will be published. It establishes her as a premiere author of both Spanish and English verse. Her global reach is always rooted in her Indigenous American heritage. A native of Xalapa and resident of Kansas City, Caraza gives testimony to the powerful transformative experience of global identity.

“From Olmeca land to Bilbao, Andalusia, Morocco, Bosnia, and back to the Midwest, Xánath Caraza's words flow like chants calling us back to the mystery and majesty of our ancient ones who surround us in the physical world. Her written imagery calls forth a poetic spirit in me that I did not hear before. I am grateful.”  Lara Medina, author of Las Hermanas: Chicana/Latina Religious-Political Activism in the U. S. Catholic Church (Temple University Press)

“Reading these poems means disentangling those mysterious underpinnings, that commitment to culture itself, joined in a universal whole, in which there is an expression of the splendor of the jungle, the healing of the shaman, the sacred animal who we are as well, and a luminous daybreak overcoming death." Carlos J. Aldazábal, Introducción.

Rachel Cross is a senior at KU studying English, Economics and Latin American Studies. Last year she was the recipient of the Paretsky Creativity Award and the Spencer Museum's Brosseau Creativity Award and a featured speaker at the Undergraduate Research Symposium for her work in ecopoetics. She is the head editor of The Siren Literary Journal and spent this past summer on a mountain in Costa Rica teaching school kids how to birdwatch, with, what she would call, minimal success at best.