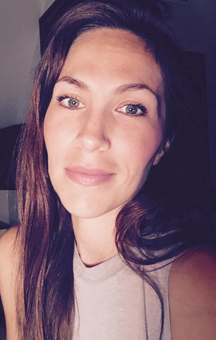 Jacqueline Holland is mother to two seriously adorable little boys, Henry and Luca, wife to crotchety, but talented fine art painter, Peter Holland, and, in the scraps of time when she's not busy attending to any of those three high-maintenance divas, she is also pursuing her MFA in creative writing at KU.

Her essays and reviews have appeared in Wunderkammer Magazine. Her first published story is due out any day now in Hotel Amerika, and she was recently named a finalist for Glimmer Train's Short Story Award for New Writers. She blogs and shares free stories at jhollandwriter.com 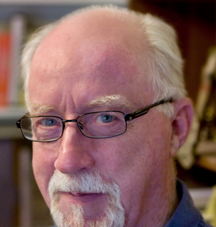 William Trowbridge holds a B.A. in Philosophy and an M. A. in English from the University of Missouri-Columbia and a Ph.D. in English from Vanderbilt University. He served as Poet Laureate of the State of Missouri from 2012-2016. His poetry publications include six full collections: Put This On, Please (Red Hen Press, 2014), Ship of Fool (Red Hen Press, 2011), The Complete Book of Kong (Southeast Missouri State University Press, 2003), Flickers, O Paradise, and Enter Dark Stranger (University of Arkansas Press, 2000, 1995, 1989). He has also published three chapbooks, The Packing House Cantata (Camber Press, 2006), The Four Seasons (Red Dragonfly Press, 2001), and The Book of Kong (Iowa State University Press, 1986). 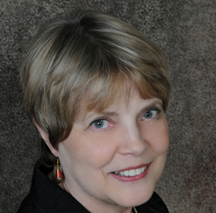 Author and journalist Andrea Warren will read from her new book, Who Became Buffalo Bill. Everybody’s heard of Buffalo Bill—the boy who rode the Pony Express and the man who starred in the Wild West Show. Indeed, those were highlights of Bill Cody’s life. But there’s so much more to his story. You’ll learn in my new book about the tremendous challenges he faced as a boy when his family became homesteaders in frontier Kansas, where Congress had decided in 1854 that settlers would determine whether the new state would be free or slave. The Codys were in the thick of the troubles known as Bleeding Kansas as pro- and anti-slave factions battled for votes. When Billy was eleven, his father was killed by a pro-slaver, leaving Billy to support his large family. How he did this makes for fascinating reading. Bill was also a Civil War soldier, scout, and spy. After the war he participated in the Indian Wars and earned fame as a buffalo hunter before starting his famous show. In her new book you’ll meet young Billy, the boy who would grow up to became one of America’s greatest legends.