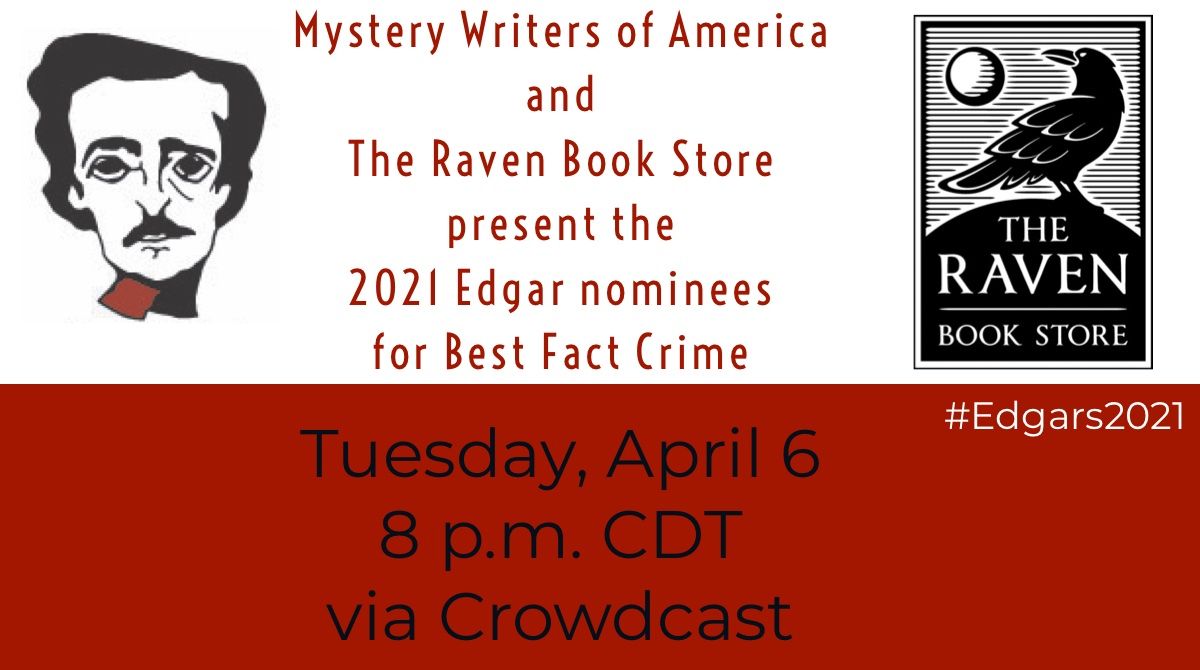 NOTE: This is a virtual event: click here to RSVP

Join us for a very special evening in conjunction with Mystery Writers of America as we celebrate the five nominees for the 2021 Edgar Award for Best Fact Crime!

Mark A. Bradley is the Director of the Information Security Oversight Office at the National Archives and Records Administration in Washington, D.C. He is a former CIA intelligence officer and a U.S. Department of Justice lawyer. He holds degrees from Washington & Lee University, University of Oxford (Rhodes scholar), and the University of Virginia School of Law. He is a member of the District of Columbia Bar.

Emma Copley Eisenberg is the author of The Third Rainbow Girl: The Long Life of a Double Murder in Appalachia, and two books of fiction forthcoming from Hogarth/Penguin Random House.

Eric Eyre was awarded the Pulitzer Prize in Investigative Reporting in 2017 for stories on the opioid crisis. He has worked as a news reporter in Charleston, West Virginia, for the past 23 years.

Sierra Crane Murdoch is the author of Yellow Bird: Oil, Murder, and a Woman’s Search for Justice in Indian Country. Her work has appeared on This American Life and in Harper’s, VQR, The Atlantic, and The New Yorker online. She has held fellowships from Middlebury College, the Investigative Reporting Program at the University of California, Berkeley, and MacDowell. She lives in Oregon.

Ariel Sabar is an award-winning journalist whose work has appeared in The Atlantic, The New York Times, Harper’s, The Washington Post, The Wall Street Journal, and many other publications. His debut book was My Father’s Paradise: A Son’s Search for His Jewish Past in Kurdish Iraq, which won the National Book Critics Circle Award. 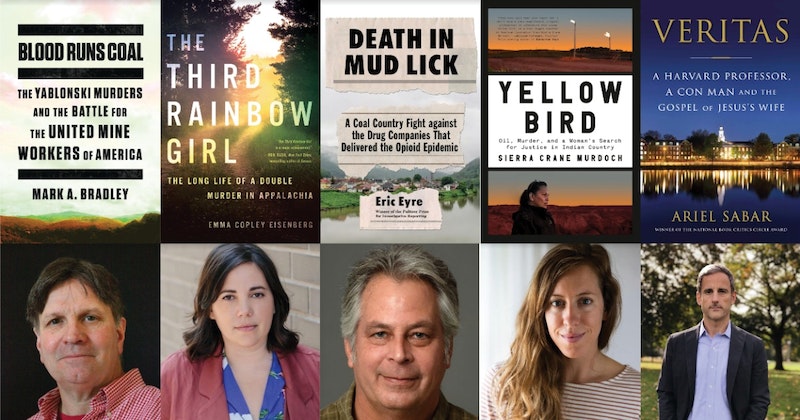 Blood Runs Coal: The Yablonski Murders and the Battle for the United Mine Workers of America (Hardcover)

The shocking assassination that catalyzed groundbreaking reform in Big Coal.

The Third Rainbow Girl: The Long Life of a Double Murder in Appalachia (Hardcover)

A stunning, complex narrative about the fractured legacy of a decades-old double murder in rural West Virginia—and the writer determined to put the pieces back together.

Death in Mud Lick: A Coal Country Fight against the Drug Companies That Delivered the Opioid Epidemic (Paperback)

From a Pulitzer Prize–winning investigative reporter at the Charleston Gazette-Mail, a “powerful,” (The New York Times) urgent, and heartbreaking account of the corporate greed that pumped millions of pain pil

ISBN: 9780399589171
Availability: This book is in stock at our warehouse and will be at the Raven within 3-5 Business Days, once they've shipped it to us.
Published: Random House Trade Paperbacks - February 16th, 2021

PULITZER PRIZE FINALIST • The gripping true story of a murder on an Indian reservation, and the unforgettable Arikara woman who becomes obsessed with solving it—an urgent work of literary journalism.

Veritas: A Harvard Professor, a Con Man and the Gospel of Jesus's Wife (Hardcover)

From the National Book Critics Circle Award-winning author comes the gripping true story of a sensational religious forgery and the scandal that shook Harvard.