The Raven Book Store was founded in 1987 as a mystery-specialty store, and it retains a strong mystery section to this day with additional specialties in fiction, poetry, current events, environmental writing, children's books, science fiction, and romance. Once one of several bookstores in Downtown Lawrence, the Raven survived a difficult period across the street from a Borders superstore and now is Lawrence's new general-interest bookstore.

As of 2022, the Raven is an employee-owned business.

In recent years, the Raven has become known for online small business advocacy through viral tweets, various media appearances, and a growing collection of activist zines.

The Raven has developed a national reputation for pro-small business, anti-Amazon advocacy that has led to an extensive profile in the New Yorker by Casey Cep, as well as a bestselling zine and book by majority owner Danny Caine. The Raven has also won multiple awards, including Publishers Weekly's 2022 bookstore of the year, Midwest Living's 2022 Best of the Midwest, The Raven Award from the Mystery Writers of America, and the Bookseller of the Year award from the Midwest Independent Booksellers Association.

We're proud to partner with many arts organizations in Lawrence, including Lawrence Public Library, Lawrence Arts Center, The Commons, Haskell Indian Nations University, the Watkins Museum of History, and many more. The Raven is a founding partner in the Paper Plains Literary Festival.

The Raven believes that reading books won't fix the world's problems, but they can be a pretty good place to start.

The Raven believes that Amazon is bad and the United States Postal Service is good.

The Raven believes that small businesses and independent bookstores are vital to their communities.

Oh yeah, we have two store cats, Dashiell and Ngaio. Here, you can have a few cat photos, as a treat: 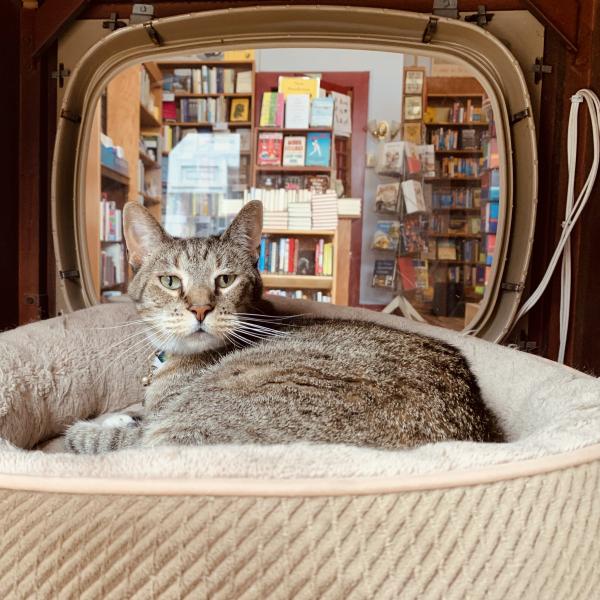 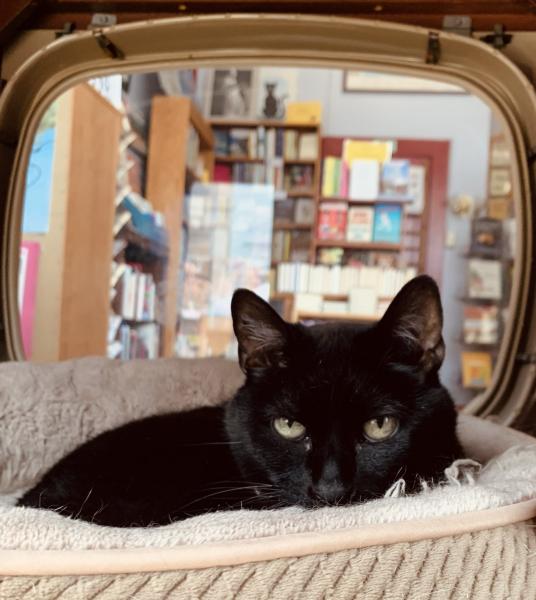